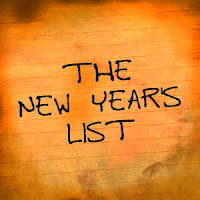 As a teacher, I think of the year as beginning in September and ending in June.  However, with the abundance of New Year’s related posts being generated and the media flooding the public with top 10 lists, I decided to jump on the bandwagon.

This year has been a time of change for me.  So many new things happened that it makes me catch my breath.  I’m overwhelmed by how many new things and experiences I had.  The word that comes to mind to describe it all is global. 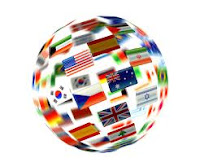 In June, I was fried!  Burned out and exhausted.  I had taken on too many extra responsibilities at school and found myself drowning in tasks that didn’t bring me joy.  It was taking my focus off of teaching.  Moreover, the environment had some toxic elements that needed to be cleaned out.  (How’s that for being vague and not stating what I really want to say?)  I decided to take the summer off.

I completely disconnected from school.  I tutored a few students because I wanted to and set my own hours.  I spent hours reading and researching new tools and techniques I wanted to try in the classroom.  I read constantly and wrote blogs on a regular basis.  I wanted to refuel my passion for learning and open new doors.

At the beginning of the summer I connected with @tcash on Twitter.  Tania had this idea to start #elemchat and along with three others (one from Australia), a new chat on Twitter was born.  Thursday nights at six is my “Do Not Disturb” time.  Each week we discuss an issue in education/teaching and connect with fellow educators in a global way.  My need to keep learning is fed.  Now, we’ve expanded to Saturday nights as well.  The added and unexpected bonus was Tania and I formed a friendship that is closer than the ocean that separates us!  Originally, from Canada, Tania lives with her husband and son in Morocco and teaches at an international school.  She has sent me books about Morocco and is determined to get me there for a visit.  She is my first international friend.

Also, during the summer, I was presented with an opportunity to write curriculum for Abu Dhabi.  A company hired me to write lessons and help construct a scope and sequence for twelve grades.  I had a taste of how things are done in the corporate world and loved learning about another country.  The experience opened up a whole new world for this small town girl.  My naiveté was at times embarrassing, but I just kept asking questions.  No one seemed to mind. 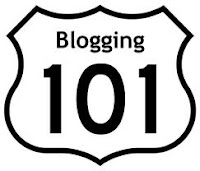 As I moved into the fall of this year, I was determined to add blogging to the world of learning for my students.  It took me longer than I had expected to get it started, but it was worth it.  My students are learning to think globally.  We track our hits on the maps and research the countries that visit our blogs.  This might be one of the most powerful tools I’ve brought to my classroom in years.  It is hard to describe the enthusiasm the students have for blogging and comments.  Along with my students, I’ve learned to think outside my own backyard.

When I reflect on 2010, I’m in awe of how much I learned. For a girl who has never left the borders of the United States, I’ve begun to travel.  My horizons have expanded and who knows, I may even get a passport in 2011.


I would love for you to share where you "traveled" to this year.

Hello Global Gal, Always enjoy reading your post. Burned out you were not, just think you needed a change of scenery. Boy do you have it now! Global! Twitter, blogs I follow,and my PLN have taken my to the far reaches of the global this year. This has been refreshing and battery charging for me. Reform Symposium 2010 with 62 countries represented was my favorite experience. Happy New Year Nancy and have a fantastic year of travel in 2011

Thanks for a wonderful post! It is exciting to have connections and learning opportunities all over the world.

With my class, I thoroughly enjoy learning about other schools and communities via Skype. We no long just read the vocabulary and text associated with our unit on types of communities...we actually interview people and get to know what life is like in a rural, urban, or suburban place.

On a personal level, I feel like I get to collaborate and learn from educators all over the world. I frequently plan with Kathleen Morris in Australia and I live in Los Angeles! It is as if we work in the same building! Incredible!

Like you, I'm looking forward to many more wonderful global experiences in 2011.

Thanks, Rich! I like my new "Global Gal" title. I think I'll keep it. I'm in awe of what I have learned this year and the best part was the people, like you who helped me. Thank you for reading my blog and taking the time to comment! I can't wait to see what I learn this year. I wish you the best New Year.

Thanks, Linda! I have yet to use Skype, but I've got something in the works. Can't wait! I so missed the collaborating with others and Twitter, Blogging, and my PLN have fulfilled that need. Thanks for reading and commenting. It is sincerely appreciated.

You've really had a great year! I've traveled to a lot of physical places this year: California, Michigan, Germany, and France! Also this calendar year, I ended the HARDEST year of my career in the classroom, and started the EASIEST year! :)

Thanks, Sarah! Isn't it amazing how much can happen in one year. Thanks for always stopping by and commenting. Happy New Year and I am looking forward to more sharing during 2011.

As an author, I've traveled a few places physically but am traveling the United States via my series, so I am learning about all the states in a unique way. I also do virtual classroom visits via skype or google talk - If interested, please visit my website and see what I'm all about - E :)

Where will the adventure take you next?

Hi Elysabeth,
Thanks for the comment and the follow. I appreciate your time. I've returned the favor and I'm checking out your sites. A great way to get the word out is to join Twitter, if you haven't done so yet. The educators that I've met have enriched my professional and personal life. It is a great way to spread the word about what you are doing. (I'm @nancyteaches) Thanks again and I am looking forward to sharing with you.

Thanks for suggesting I go on twitter but mostly I don't have time to post on twitter although I am there. I'm also on facebook and my JGDS blog is connected to my facebook page. Eventually I will get my name out there somehow - lol - E :)

Where will the adventure take you next?

Nancy, I travel all over the place online, but I also made it to Alabama last summer to visit a friend I met through blogging. Some of my best online friends don't live in the US too. Pretty amazing what we can do using social media!

Hi William,
Thanks so much for stopping by and leaving a comment. I am amazed at the contacts...no, friends I have made through Twitter and blogging. I NEVER would have expected this. I appreciate your time. Thanks, Nancy