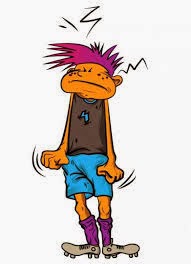 I’m tutoring a first grader who is struggling in school. In order to protect his privacy, I won’t reveal too much. Suffice it to say, there is a two inch binder filled with the various testing results and a cacophony of other professionals who are working with him as well. My role: improve his reading.Let’s call him Dan.

I’ve rarely seen so much paperwork on a 6 year old. I’ve sat in on a number of team meetings. His parents are supportive and passionate about providing Dan with everything he needs. Dan is one angry little boy.

Due to the number of support services that Dan receives, I work with him after school in my classroom two afternoons a week. By the time he gets to me, the poor kid is exhausted not to mention the ADHD medicine is wearing off. I’ve noticed that our sessions are inconsistent and I’ve pulled out every trick I’ve learned in 29 years. It is a challenge to say the least.

Yesterday we had a late arrival due to an ice storm. Then, the schedule was adjusted and then re-adjusted and overall, the day was chaotic. When Dan arrived for tutoring, I had a sinking feeling that it was going to be rough session. My instincts were accurate.

Dan was belligerent, uncooperative and downright mad! I’ve established a routine of tasks so he knows what to expect when he works with me. I had to do some quick thinking.

First decision: throw out the routine.
Next, I pulled out new things from my box of materials to entice him to learn/work. No success.
Second decision: stop trying so hard and wasting time. He wasn’t buying anything I was selling.
Then, I thought we would have a “talk.”
Third decision: Stop asking questions! Angry kids will shrug more and not share when you keep asking questions so stop!

Just when I was ready to throw in the towel and make the call to the parents, I had an idea. I remembered what I do when I’m frustrated – I write it down.

So Dan and I wrote a story. We called it “The Grouchy Boy.” I did all of the writing and only 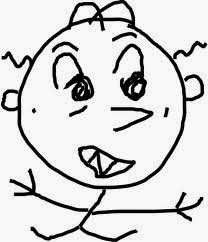 provided small transition words as prompts. I would say, “Next…” or “Then…” His story unfolded. I tried to make little eye contact and kept writing everything he said. Dan described a little boy who was frustrated and tried everything to escape. The little boy in the story finds his powers and takes control of the people and events around him. By the time we finished, my arm was cramping from trying to keep up with him. Dan was laughing and talking and reading with me. I have this “habit” of re-reading and I was struggling, so Dan helped me.

Now, Dan and I have decided to turn this story into a book. We discussed adding more characters, details and illustrations. Dan stated at the end that when the book is finished, he wants to share it with ALL of his teachers. He said, “ I can’t wait to work on our book again.”

I think Dan has great ideas.
I sure learned a lot from Dan yesterday.
at February 03, 2011
Email ThisBlogThis!Share to TwitterShare to FacebookShare to Pinterest

What a great way to get the child to express what was going on in his head! I hope you will give us progress updates.

I enjoyed this blog tremendously! I love the problem solving process you went through until the right solution was discovered.

Great example of a caring teacher doing whatever it takes to help a child in need. Bravo!

You are terrific, and I bet Dan thinks so too. I will definitely remember this post when dealing with an angry child. It made me think of an idea to use in the regular classroom when a child has reached the end of his rope. Give the child a recording device and a headset. Allow him to go to a quiet area and "tell" his story. Sometimes just being able to express what is bothering him is so soothing.

Thanks for sharing your experience.

Great idea! I have a few students in my computer classes that at times can be the same way. I could totally use that within my room. Thanks for sharing!

I think it was great that you didn't give up on him. I know deep down inside he was glad you didn't either. I'm so glad you found a key that opened his door! Keep up the good work.

HI Sue,
Thanks so much for the comment. I hit the teacher store and my basement for new and different approaches for this student. I can't wait to try them out and I will post the results. Thanks again, Nancy

Thanks A. Arnold. I'm glad you the blog and the problem solving. Nancy

Thanks for the comment, kilgosclass! I will write about his progress. Thanks again, Nancy

Hi PNaugle,
I'm so glad my post inspired you. I love your idea to encourage the child to express their frustration. All of us need to be heard. Thanks again for commenting. Nancy

Thanks for writing CheapBeerDrinker. I hope the idea helps you. Nancy

Thanks Loonyhiker. I appreciate you writing. I hope I remember the moment if he gets frustrated again. Sometimes I think I learn more than the students. Thanks again. Nancy

I have an education degree and did a lot of my classroom work in Baltimore City. I know what it's like to encounter some tough cookies! What you did was what all teachers hope for: spontaneously solving a problem after going through all your teacher plans, just hitting the nail on the head! :) great job!!

Thanks, Lara. He is one tough cookie, but so challenging. He will be one of those students you will always remember. He definitely keeps me on my toes. Thanks for commenting.