So, I reached 3,000 followers on Twitter.  Now, I know numbers shouldn’t matter, but this felt like a pretty significant milestone to me. I’ve been tripping down the memory lane that is my Twitter journey.

Back on February 14, 2010 I wrote my very first blog that described why I joined Twitter.  Not much has changed in four years.  The goal has remained the same: connecting and learning with others.

While there are many who followed the trend of “unfollowing” everyone, and only interacting with a select group of personal connections, that choice was not for me.  As my PLN (Personal Learning Network) grew, I couldn’t wait to see what would come up in my feed! I treasured every chance to grow, learn and become a better educator.  I cherished the unexpected interaction.  Even when people randomly “unfollowed” me, I continued to follow them.  Maybe they would change their mind.

When I was hungry for professional development and encouragement to try new things, Twitter was my avenue for learning.  When I needed answers, advice or just old-fashioned reassurance, Twitter gave me everything I needed and more.  I was consistently overwhelmed by the generosity of others and I was determined to pay it forward. 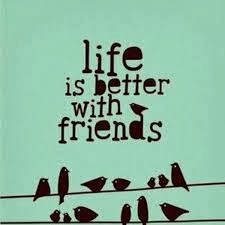 Over the years, I met and formed friendships that have sustained me and helped me when I needed it most.  I know I found a life long friend in Tania Ash who lives an ocean away in Morroco.  Together, we formed and moderated one of the early educational chats called #elemchat.  While we no longer run this chat as the need for grade and subject specific chats developed, I know I have a friend for life in Tania.  Through Twitter and unconferences such as #edcampPhilly and #ntchat, I met Jerry Blumengarten, one of the most preeminent educators on Twitter, the reveered and respected @cybraryman1.  I am lucky to call Jerry and his wife, Gail my friends and I look forward to seeing them whenever I am in Florida.  Again, I can’t stress enough the rich relationships I have found via Twitter.

Just the other day, I wrote a blog for Digital Learning Day that only came about through the encouragement of @geraldaungst.  We followed each other on Twitter, and then, I discovered we both worked in the same district.  Together, we’ve tried to encourage our colleagues to embrace Twitter to enrich their professional lives.  We have a pretty good track record.  I’m especially proud of @flyteach1st who is just as excited as I am by ways to include technology in our teaching.  And, speaking of proud, our school counselor, @carlicounsels not only embraced Twitter, but has successfully started her own chat #escchat.  Now, she’s off to Florida this summer to share her Twitter skills and journey as a presenter at a conference.  I feel like a proud Twitter Mama!

As social media grows, changes and becomes an expectation in our daily lives, I’ve had a blast exploring new places to connect such as Tumblr, Pinterst, ScoopIt, Instagram, Vine, etc., but my heart will always belong to my first love…. Twitter.

Thank you Twitter for the connections and learning.  Oh, and I can’t wait to meet my future followers.  Who knows what kind of learning we will share together? 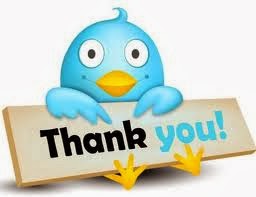